Canada is a founding member of SuperDARN. The original SuperDARN partners (Canada, France and the USA) met in Saskatoon in 1993 to switch on the first Canadian SuperDARN radar. The Saskatoon radar continues to operate to this day. Appropriately, SuperDARN Canada headquarters is located at the University of Saskatchewan in Saskatoon.

Canada has the largest land mass under the auroral oval (an oval shaped region around the geomagnetic pole where the aurora most commonly occurs), therefore Canada is an ideal place to study the solar-terrestrial (Sun-Earth) interaction. SuperDARN Canada operates five SuperDARN radars that cover an area centred on the interaction region between the solar wind and the Earth’s space environment. These five radars provide essential information about solar wind energy and momentum transport in near-Earth space. 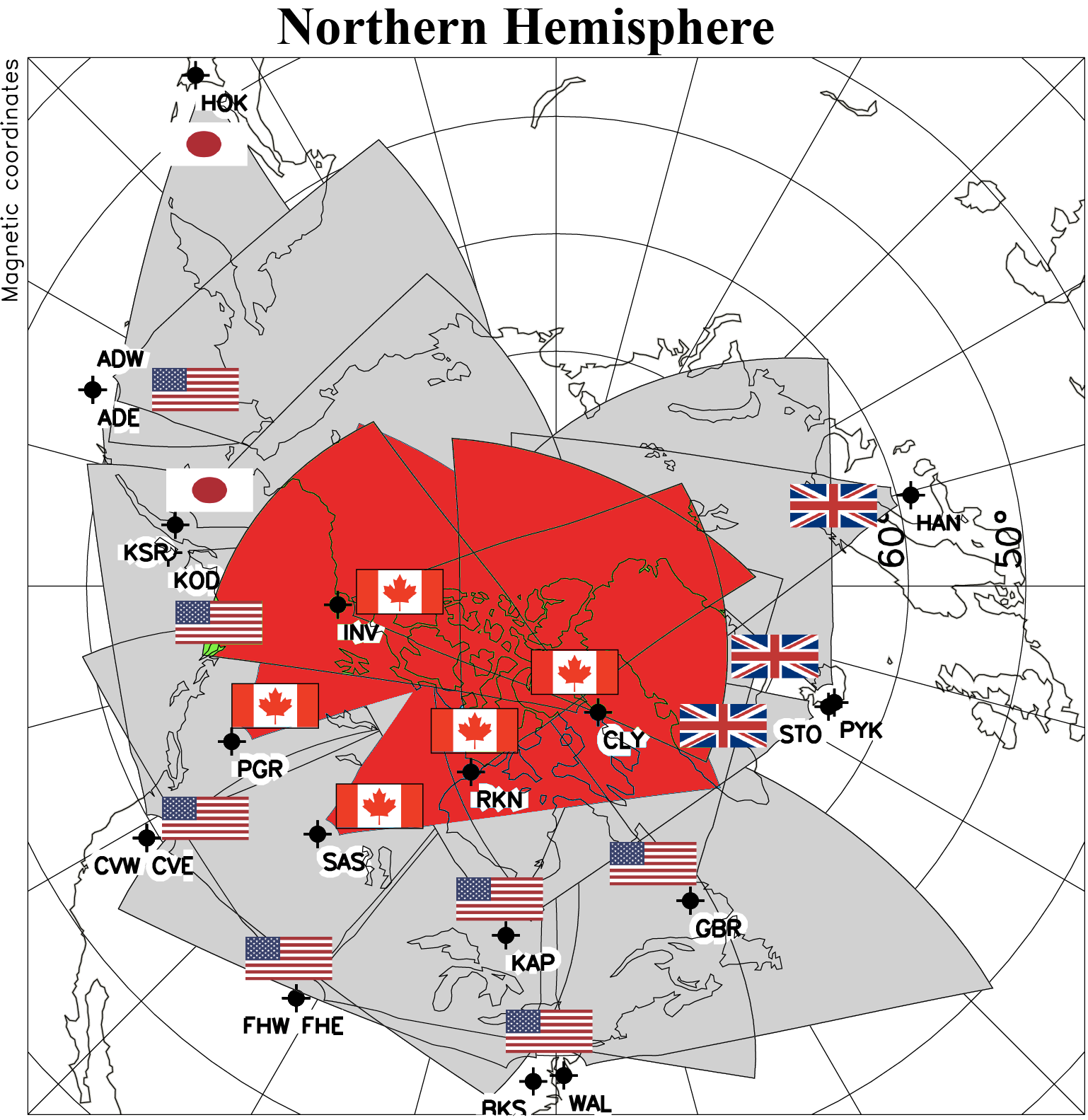 The Canadian SuperDARN team is always seeking to improve the radars with innovative new radar technology. Canadian-designed engineering solutions, such as a new wire antenna system and a digital radar beam-forming electronics system, have made Canada’s upgraded SuperDARN radars state-of-the-art; Canada is one of the leaders in SuperDARN technology.

The University of Saskatchewan plays a central role in enabling SuperDARN science by supporting the SuperDARN International Data Copy and Distribution Facility for the global network of SuperDARN collaborators. The collection and distribution of processed data from a central location improves the overall reliability of the SuperDARN data and enables all partners to enable the open data sharing.